In to the deep at Belongas Bay. As some of you may know if you have checked out our Facebook page at the start of this month we ran a tech exploration week in Belongas to see the possibilities for some tech diving in the future.

Not only were we not disappointed, we were blown away with the diving!! We had amazing conditions with little to no waves and timed the dives so we had as little current as possible. We started our deep exploration at the cathedral with a negative decent down to 55meters in to crystal clear water flying over the amazing topography. With the sheer mass of red tooth trigger fish, unicorn fish swimming in every direction and the beautiful corals covering every rock it was a tantalizing experience as we swan around the cathedral so much so that it was a surprize that we saw anything else on our dive……..O but we did! We had encounters with white tip reef sharks, napoleon wrasse, barracudas, trevally, octopus and small opening in to a huge cave system that takes you from one side of the cathedral to the other!!!!!! 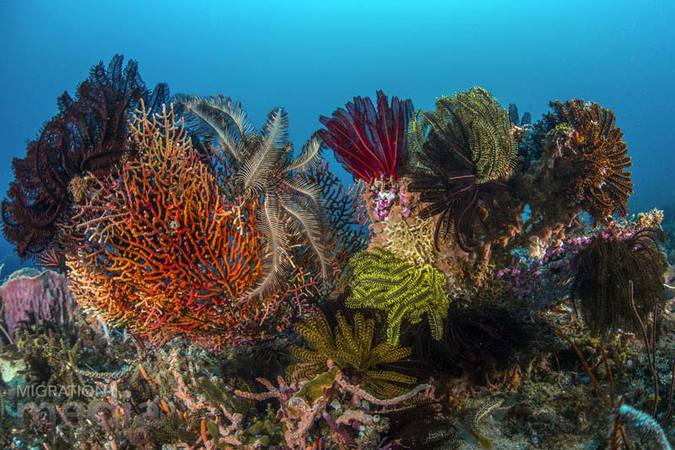 Another big surprize was the magnet as we had originally planned to check out the new pinnacle 100meter south of the magnet but due to current we decided to drop from the magnet and see if we could dive out to it. The magnet its self is known for its difficult conditions, awesome topography and of course the hammerheads. This time of though without the hammer heads its not our first choice of dive site as it doesn’t have the fish mass and corals like the rest of the Belongas bay area. But this is completely untrue as it turns out you just need to go deeper!! We descended on to parts of the magnet that we had only glimpsed at from above. We were met with an unreal amount of soft and hard coral and a buzzing of fish in every direction white tip reef sharks on every side of us then to have 7 eagle rays glide over the top of us. As we swam down the east side of the magnet to the south we were meet with a wall of current (nothing crazy but more work than we wanted with all the extra tanks and the rebreathers) between us and the new pinnacle with the 40+ meter visibility we could see the huge rocks rising out of the depths in the direction of the new pinnacle and as we hovered there in front of the invisible wall we all took a moment to imagine the possibilities. As we turned back a little disappoint starting our ascent we were meet with more white tips, trevally’s who decided they needed a closer look at these strange divers with no bubbles. With the close encounters our disappointment soon faded and our ascent had loads more shark, fish and a close up of the top of the magnet which is normally a no go in the hammer season and it is packed with life!!!!!……O and an oceanic manta to top it off!!!!! 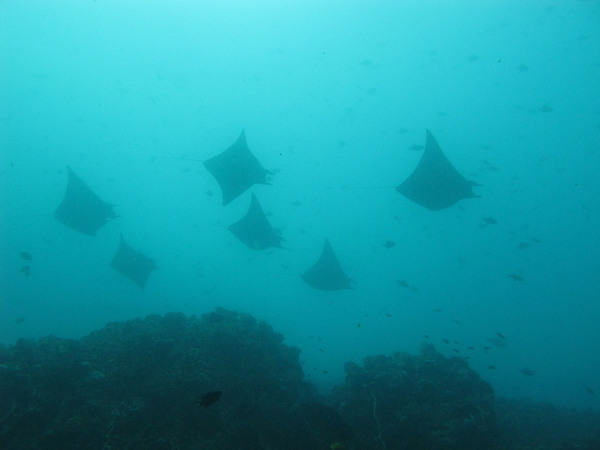 All in all it has to be in my top 5 dive experiences. For a long time now, we have been trying to let people know about the amazing diving in Belongas bay in the low season but with every one so focused on the hammerheads most people are reluctant to check it out. With visibility ranging up to 70 meters in an undisturbed paradise of fish, coral, awesome topography and without the hassle of the extreme conditions that come with the hammer heads. The marine life in Belongas can range with sights of mantas, whale sharks, mola’s, tunas, barracudas, blur marlin, eagle ray’s, nudibranchs, harlequin’s, frog fish, hairy octopus, sea snakes, and much much more!!!