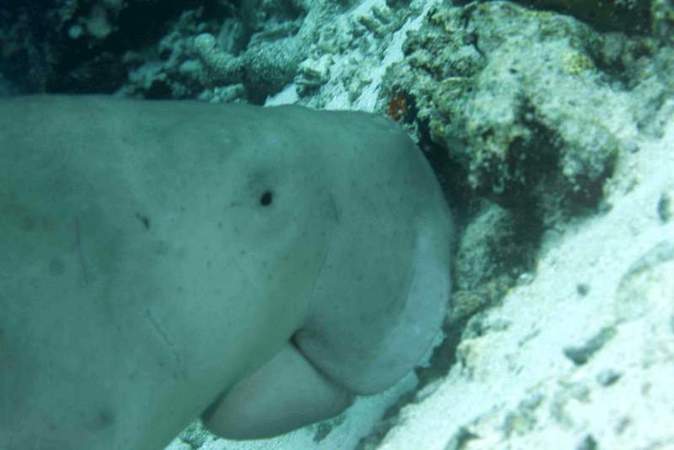 This week in Bunaken … we had a Dugong (sea cow) pass right next to our boat during one of our surface intervals, how cool is that! We also had some great visibility and fantastic weather, and everyone was enjoying their diving so much that most of them did 3 dives a day plus a night dive!

This week we saw some great stuff including sea snakes, four different colours of leaf scorpionfish (pink, yellow, white and brown), and both a giant frogfish and a painted frogfish!! Night dives were also great with slipper lobsters, anemone hermit crabs, sponge crab and lots more.

Congratulations to Nicolas who completed his PADI open water, and Ihsen who became a PADI advanced open water diver.

We also had to say goodbye to Axel who really didn’t want to go after he finished his Rescue Course. He became very overcome with emotions in leaving the Green Turtles behind – don’t worry Axel, they’ll see you next year for your Divemaster course!