Our critter corner explores Rhinopias: divers get very excited about them when they see them in Lembeh, but what is a Rhinopias?

On the conservation front, more good news for sharks as China bans shark-fin dinners for officials.

We also have news about Singapore Airlines and SIlk Air increasing their baggage allowance, which is good news for divers with lots of dive gear!

This week in Lembeh

The two Rhinopias are still around much to our delight! This one was hopping around the dive site trying to find a comfy place in the current Other highlights this week: Halimeda Ghost Pipefish, Hairy Frogfish, Zebra Batfish, Ambon Scorpion fish, Giant, Painted and Warty Frogfish, Mimic Octopus, Stargazers, Starry Night Octopus, Flamboyant Cuttlefish, Hairy Shrimp, Melibe (nudibranch), Blue Ringed Octopus and our usual selection of Pygmy Seahorse!

This week in Bunaken

We have been having sunny days with some rain in the evenings. There have been lots of Turtles around including our granddaddy, a 2 metre green turtle. We have also seen Napoleon Wrasse, Giant & Big Eye Trevally, Eagle Rays, Dog tooth Tunas.

The Electric clam has been flashing its stuff and Leaf Scorpion fish have been swaying in the current. Let not forget the nudis, especially the Flabellinas who have appeared many times this week.

Steven our DMT, has been busy again around the dive centre and is nearing the end of his course. Thanks for all the help!

Bunaken also held their Christmas Blessing this week with it was nice to meet many of the staff families again. The food was great too!

Thanks to Tomas for this lovely Turtle shot!

This week in Lembongan, Bali 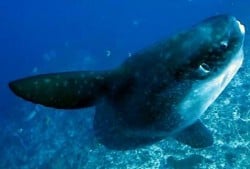 Who said they were gone!? It’s supposed to be out of season but nobody told the mola-mola; They’ve been seen regularly along the north shore in the last few weeks, and en masse at Blue Corner.

Okay so it’s heading into rainy season, but that’s no reason to stay away, you’re going to get wet anyway! Check out the website and the facebook page for our out-of-season buddy promo discount packages!

Here are our current special offers for next year.

More details about our Special Offers

What are Rhinopias fish?

Last week we reported that we found two new Rhinopias fish in Lembeh, but what are they?

Rhinopias are actually a scorpionfish, and they are one of the top 10 critters that photographers come to Lembeh for and so are pretty special. 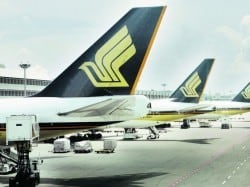 Not sure if everyone noticed, but in mid-Nov 2013 Singapore Airlines and SilkAir announced that they were increasing their baggage allowance for all flights by 10kg across all classes.

For flights to and from the United States or Brazil, where a piece allowance applies, customers traveling in Singapore Airlines Suites, First Class and Business Class will be entitled to check in two pieces of luggage of up to 32kg each.

Hot on the heels of the success that we reported last week about Shark Savers Campaign to Stop Shark Fin Soup, just in is news that China bans shark fin dinners for officials!!